Conference on the contribution of POs to the supply chain

On the 21st of September 2018, the European Commission organized a conference on the contribution of producer organisations to an efficient agri-food supply chain. The event was opened by Jens Schaps (DG AGRI) and by MEP Paolo de Castro, Parliament’s Rapporteur on the Unfair Trading Practices file. Both speakers underlined the key role of Producer Organisations in developing a level playing field between farmers and downstream actors in the food supply chain. In particular, MEP de Castro focused on the novelties brought by the Omnibus Regulation, which has clarified and secured the prevalence of POs and APOs role over competition law, provided new contractual typologies and contributed to reinforce their overall bargaining position. 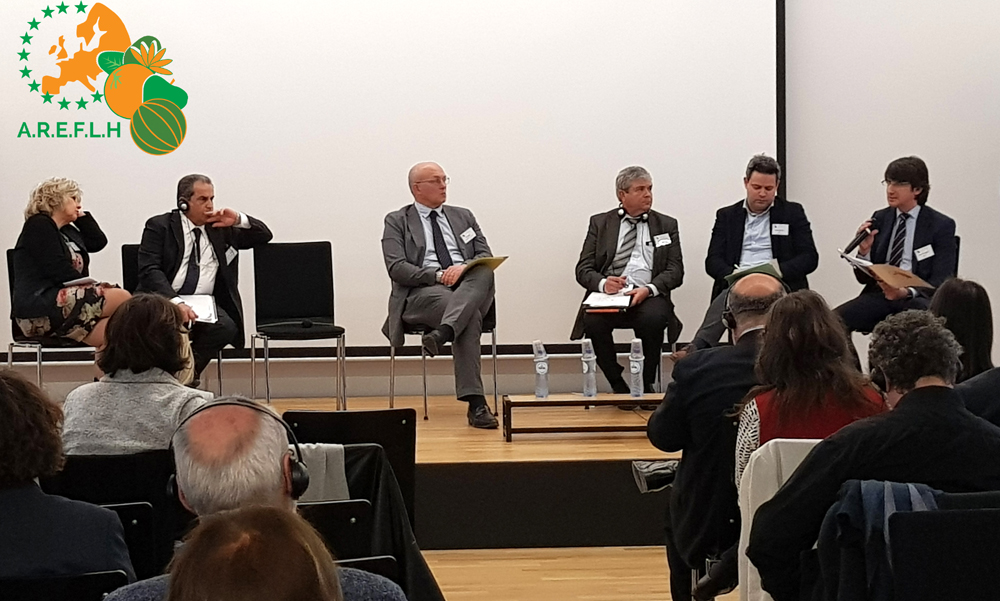 AREFLH general assembly took place on 27 and 28 March in Brussels.

In the premises of the Emilia-Romagna region.

All the presentations, the press release and the activity report are available here.