AREFLH, in partnership with Freshfel and EUFRIN has set up a European Task Force dedicated to research and innovation for the fruit and vegetable sector. Created in 2014, it has produced a strategic agenda highlighting the sector's R&D priorities (SIRA) which has been presented to the European Commission. It also initiated the creation of the EUVRIN network.

Following on from the work of the Task Force, AREFLH and Freshfel have created the European Vegetable Research Institutes Network (EUVRIN), bringing together some 50 research centres specialising in vegetable crops from 16 European countries. Read more.

AREFLH regularly organises conferences on research priorities for the fruit and vegetable sector.

AREFLH involvement in research and innovation is shown by its participation, for many years now,  in EU projects. Read more about the programmes where AREFLH is a partner 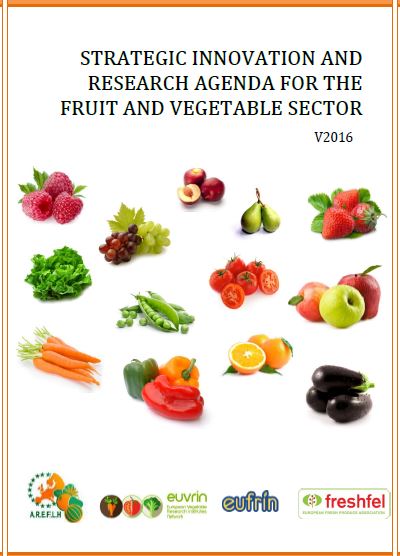 Since 2014, AREFLH, EUFRIN, EUVRIN, and FRESHFEL EUROPE have closely collaborated as a Task Force to identify priorities and to voice the interest of the fruit and vegetables sector in the Horizon 2020 initiative, the European Union Research and Innovation Policy.

The Task Force released a Strategic Research and Innovation Agenda, which identifies the priorities of the entire sector, for the annual work programme of the European Commission. Members of the Task Force are now also engaged in several research and innovation projects, in particular under the “Societal Challenges focused on Food security, sustainable agriculture and forestry”.